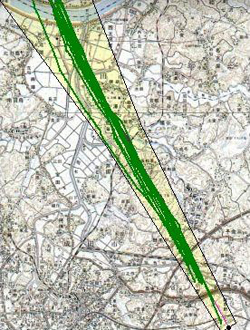 Understanding an aircraft's flight path is important for administration of noise management.
The range of influence of aircraft noise varies greatly not only by aircraft model and weather conditions but also flight path.
In some private airports, the public disclosure of information such as radar wake information has become more common, with such information being used such as for monitoring for flight path deviations. However, this information is not easily used for administrative noise control measures. Moreover, because such information disclosures are not expected to become more common at military airfields, demand for independent measurement and understanding of flight paths is on the rise. 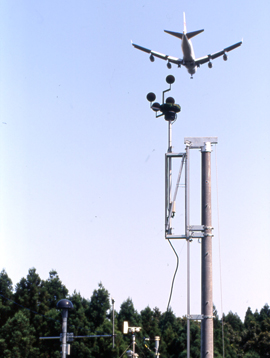 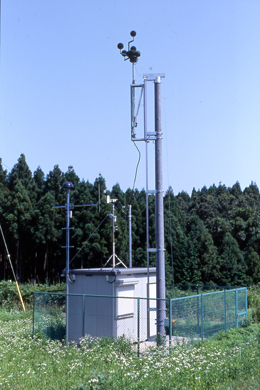 Currently, five measurements stations exist along the A runway extension on the northern side of Narita Airport, and three stations exist along the B runway extension. These stations measure three-dimensional flight paths for takeoff and landing aircraft passing over the north side of the airport. The stations along the A runway came into operation in April 2001 and along the B runway in April 2008. Since then, the system has continuously measured and monitored flight paths at the airport.